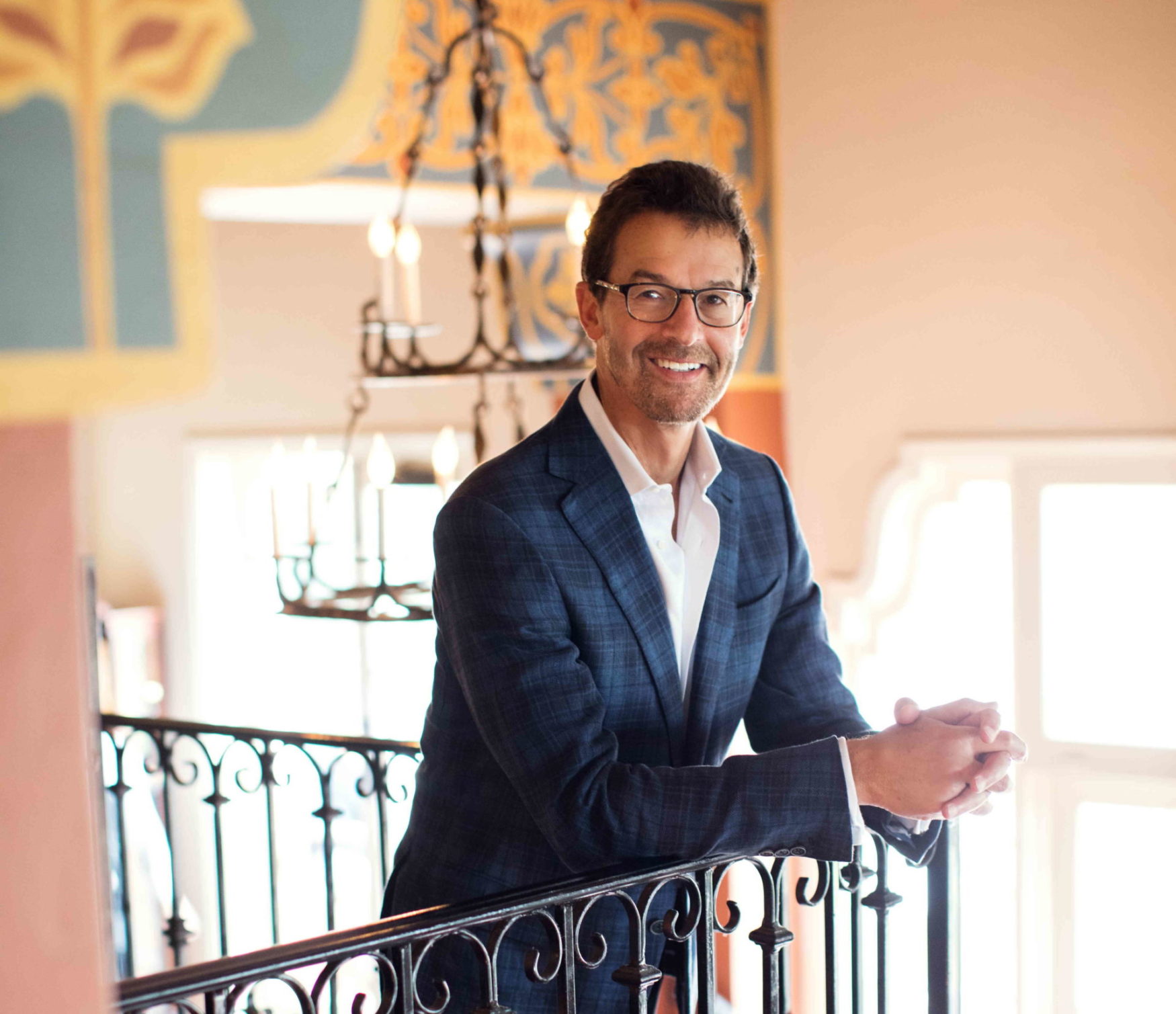 “Make no little plans; they have no magic to stir men’s blood and probably themselves will not be realized. Make big plans; aim high in hope and work …”

Very few people ever rise up out of bed in the morning and decide that they are going to attempt to transform a neighborhood, let alone a section of Downtown San Diego. Nonetheless, David Malmuth and his business partner Pete Garcia set themselves to that task in 2010. What were they thinking? Let’s spend a few minutes with David and delve into their vision and goals.

Q.  Please share some of your background with our readers. What led you to approach development from such a large-scale, holistic perspective?

A.  I had the good fortune early in my career to work on a project that dramatically changed a district. Between 1993-1996, I was the Project Executive for Walt Disney Company on the renovation of the New Amsterdam Theater on 42nd St. in NYC. It was clear from the outset of this project that we could certainly restore the theater to its greatness, but that it would still fail if we didn’t address the larger issues surrounding 42nd St. and Times Square. The entire public-private team embraced this challenge with the result that our relatively modest $36mm theater catalyzed multiple adjacent projects that eventually totaled over $2 billion in investment.

That was a huge lesson for me which I applied to the development of Hollywood and Highland, and eventually, I.D.E.A. District. We didn’t think it was a virtue at the time, but the fact that we didn’t own any land in I.D.E.A. District, or have any tenants (or any money, for that matter) was, perhaps, the best thing that could have happened to use. Why? Because it liberated us from asking the typical, narrow developer question: How do I maximize the value of the property within my property lines, and allowed us to pose the much more interesting query: How can this district maximize prosperity for everyone? At all times in the development of the District, we’ve continued to ask the latter question which I think has fostered a strong sense of collaboration among all the parties.

Q.  What is your comprehensive vision for the I.D.E.A District?

A.  It starts with the pillars of the concept – Innovation, Design, Education, and Arts. Our conviction is that a community built on these strong foundations will nurture creativity and connection, and ultimately lead to the kind of economic development that produces clean, high-paying jobs. Through the lens of place-making, which is what my partner, Pete Garcia and I bring to this initiative, we set about to fashion a district that strongly attracts smart, highly-educated, creative people who want to grow their ideas. We established a series of design and development principals (which you can access on our website, ideadistrictsd.com) to guide the various parties that would need to collaborate to create the District.

Our goal was to “facilitate serendipity” and grow more ideas per square foot. Mind you, none of these principals were prescriptive – we didn’t own any land so we couldn’t dictate anything. Rather, we chose to offer an aspirational vision that would attract adherents because they felt it was the best way to create value in the neighborhood. And not solely economic value, also community and social value. The progress over the past nine years has been rewarding with wonderful examples of tactical urbanism, creative educational uses, unique restaurants, sensitive rehabilitation of existing buildings; and, the great majority, aside from IDEA1, has been accomplished by other developers. So, while there is always more work to do, we’ve made a good start.

Q.  You have been the driving, creative force behind a number of successful, carefully designed developments that have positively transformed neighborhoods. Drawing upon this experience, what advice do you have for owners of the multitude of now aging, 20th Century apartment properties that are found throughout San Diego County’s older neighborhoods?

A.  Anyone who owns an apartment property in San Diego is in an enviable position. We are chronically short of housing in this region, and with population growth plus the increased preference (or necessity) of millennials for renting vs. buying, the shortage of rental properties will likely become even more severe. So, the question is how do you make the property the best that it can be? Every owners’ situation is different, so I don’t want to generalize about potential strategies, and obviously project economics will dictate your options to some extent but augmenting/highlighting what’s special about your property is a good place to start.

I’m also a big proponent for creating a sense of community between residents. All the trend information reinforces that young people are willing to trade off more space for more community and amenities. IDEA1 has taught me that the “software” of the multifamily product is just as important as the “hardware”, particularly in a crowded market.

Q.  San Diego County began adopting slow-growth land-use policies over 30-years ago. Those policies have succeeded in creating a whale of a housing shortage. There is a lot of concern that more readily allowing new development, especially more dense, urban-infill housing will lead to greater traffic congestion. Do you think that I.D.E.A. District will be part of the problem, or part of the solution, and why?

We are working very hard to bring major employers to I.D.E.A. District to address precisely that problem. Our current downtown jobs/housing imbalance, where more that 75% of downtown residents commute out of downtown every day to work, is not sustainable. We clearly need more downtown jobs, and we also need more housing – particularly middle-income housing. The unfortunate flip side of the relative lack of downtown jobs is that many of the people that are currently working downtown, including city/county employees, teachers, service industry workers, can’t afford to live downtown.

We need to develop models, I’d argue market-driven models, for housing that can deliver attainable rents for people making $40,000 to $80,000 per year. And that model must also include enough profit for the project to be attractive to investors so that it will be replicated. I’m hopeful that the next ten years of I.D.E.A. District will include lots of experimentation to discover how to make this kind of housing a reality. It will require close coordination between all the parties involved in producing housing, but it is an enormously worthwhile pursuit. It will also require creative thinking, which is why our motto for I.D.E.A. District is “the power is in the idea”.

As a native San Diegan, I’m grateful to David and his business partner Pete Garcia for putting the power of their ideas to work, helping to create a better San Diego for the 21st Century.