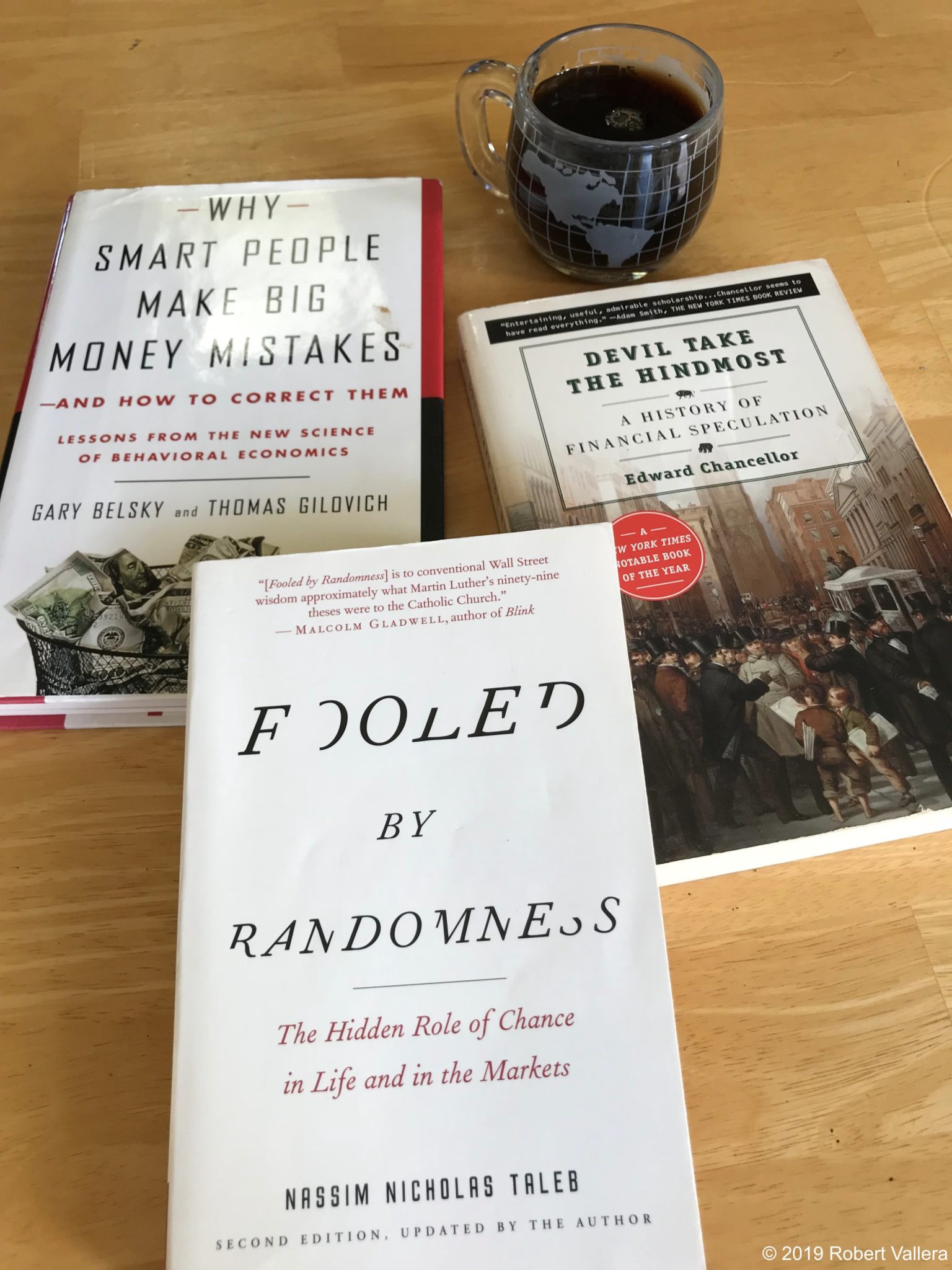 • Are we really rational about our investments? Really?
• Understand the basis of your success so you repeat the right behaviors and avoid costly traps.
• How to prepare for counter-cyclical opportunity by studying past speculative bubbles.

Part 2 in this series reviewed books that help you make money. The following three books can teach you how to add an element of consistency to your investment success, avoid racking up steep losses, or even worse, committing catastrophic mistakes. Most interestingly, the knowledge they contain can help you create huge amounts of wealth during market corrections when it becomes obvious that others have already made catastrophic mistakes.

Why Smart People Make Big Money Mistakes – and How to Correct Them: Lessons from the New Science of Behavioral Economics, by Gary Belsky and Thomas Gilovich

Everybody knows that they should buy low and sell high. It’s pretty simple, isn’t it? Then why do so many people avoid purchasing investments that are out of favor, but gladly jump into an overheated market? Are we really the rational decision makers that serve as the foundation of classical economic models, or are we susceptible to systematic decision bias? Challenging this assumption of rational behavior inherent in classical economic models resulted in Daniel Kahneman winning the 2002 Nobel Prize in economics for his groundbreaking work with the late Amos Tversky. This book explains how, when, and why our human brains are predisposed to lead us astray in the sometimes counter-intuitive would of investing. The counter-cyclical investor understands that the supposed safety of the herd can sometimes lead to big money mistakes!

Fooled by Randomness: The Hidden Role of Chance in Life and in the Markets, by Nassim Nicholas Taleb

Perhaps you made a few million dollars in the last market cycle, and now you’re feeling pretty good about your investment prowess. Before you buy into the next hand, I’ll suggest that you read what Taleb has to say about much of our success in the market. It might startle you, and it might even anger you. It will definitely make you think, and you’ll probably become wealthier for having read it. I think so highly of this book that I purchased eight copies for my friends and associates.

Devil Take the Hindmost: A History of Financial Speculation, by Edward Chancellor

Not that there is ever any financial speculation within the real estate market, oh no, but maybe someday it will come in handy to be able to recognize a speculative bubble. This book is more comprehensive than the often-referenced classic by Charles Mackay, Extraordinary Popular Delusions & the Madness of Crowds, which was written in 1841. Between the stock market crash of 1929, the Japanese Bubble Economy of the 1980’s, and the residential real estate collapse during the recent Great Recession, Mackay’s book pre-dates too many good learning opportunities. Devil Take The Hindmost contains both excellent historical information as well as contemporary examples for the modern investor. We might not be able to predict the future, but we can certainly learn from the past!

Part 4 of this series will contain unexpected surprises. Two of my selections might strike you as being obvious, but only in hindsight. I’ll challenge you to guess how I end the list. Just try. 