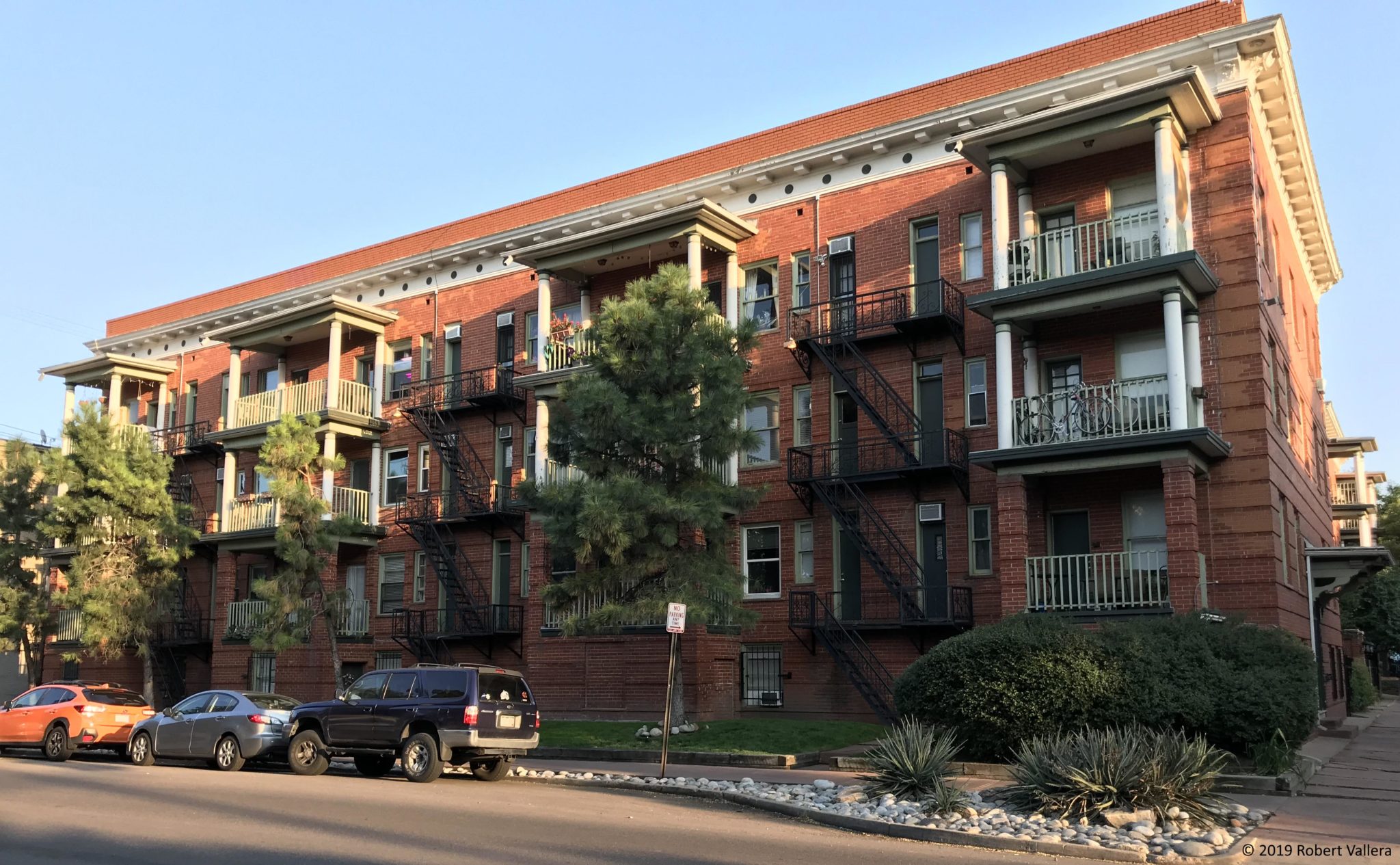 You won’t find it in Downtown Denver, nor in the newer suburbs on the outskirts of the city. However, you don’t need to be Sherlock Holmes to discover the missing middle alive and well on Capitol Hill, slightly uphill and adjacent to the southeast side of Denver’s central business district (CBD).

The term missing middle refers to the increasingly scarce 2-3 story, moderately dense infill development that was commonplace in the 1900’s. Urban housing proponents are rediscovering the role of mid-density development as a vital component in a city’s supply of naturally affordable housing. The imposition of stricter development regulations, including greater parking requirements have created the scarcity.

Denver’s Capitol Hill is a densely settled first ring neighborhood located immediately southeast of the CBD and directly east of the Colorado State Capitol. Most of Capitol Hill is within a 30-minute walk of the CBD, a reasonable commute time by most standards, and at zero cost excluding the shoe-leather.

The neighborhood contains some of the oldest homes in Denver, while the average year of construction is 1920. Many if the apartment buildings on Capitol Hill were constructed prior to the imposition of off-street parking requirements. It’s no coincidence that most of the narrow, tree-lined streets feature continuous rows of cars along both sides of the streets, parked underneath those beautiful trees.

The sidewalks are active on warm summer evenings with residents on foot, many walking their dogs. A now-common site in urban neighborhoods, the down-and-out appear in greater concentrations towards the commercial Colfax Street corridor which constitutes the northern edge of the neighborhood. Yes, this is definitely an urban neighborhood, but an attractive one thanks to the forest-like canopy of the street trees coupled with the Pre-War architecture of the older homes and apartments. 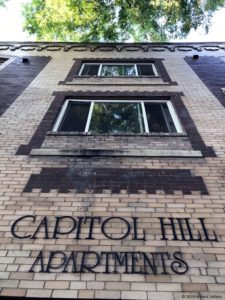 Apartment buildings are plentiful in the neighborhood. They are typically two and three-story masonry walk-ups featuring interior entrance halls and an abundance of one-bedroom units. Most of these buildings are at best under-parked, and commonly have no off-street parking. A few new multi-family developments are under construction. However, the neighborhood was built-out long ago. The economics of new construction must now support the acquisition and demolition of existing structures, limiting the new supply.

The desirability and value of housing within walkable urban neighborhoods such as Capitol Hill are rising along with the region’s population. Like other cities experiencing rapid growth, both Denver and the entire Front Range Urban Corridor are working to expand their transportation infrastructure fast enough to accommodate the growing population. Between 2000 – 2016, Colorado’s Front Range Corridor added a staggering 1,089,000 residents. Of that increase, 695,000 were in the greater Denver-Boulder primary metropolitan statistical area. With more people comes… yes, you guessed correctly, more cars, more congestion, and longer commuting times. Is it any surprise that Capitol Hill is on an upswing as more Denverites seek to trade their traffic-choked commute to the suburbs for a walkable urban abode?

This ongoing gentrification of Capitol Hill is already reflected in current apartment pricing. The neighborhood is a great location for buyers who acquired apartments 1-2 decades ago, those who are patient and will wait for returns, or more aggressive investors willing to strike during the next market correction. A Capitol Hill apartment investor will need to be comfortable with the complications that come from the maintenance and potential renovation and retrofit of aging masonry construction. They may also need to be willing to settle for a property with meager to non-existent parking.

In spite of the transportation improvements underway in the Denver area, previously described here, the tremendous population surge that continues to arrive in the region may still overburden the road network. Increasing congestion would further enhance the relative value of residential neighborhoods adjacent to Denver’s CBD, including Capitol Hill. The neighborhood is a good bet for the patient investor seeking assets that will grow in relative scarcity in the coming years